Turkey will free Isis fighters and send them to Europe, says Erdoan

Turkey begins deporting some of the 1,200 foreign jihadists in its custody 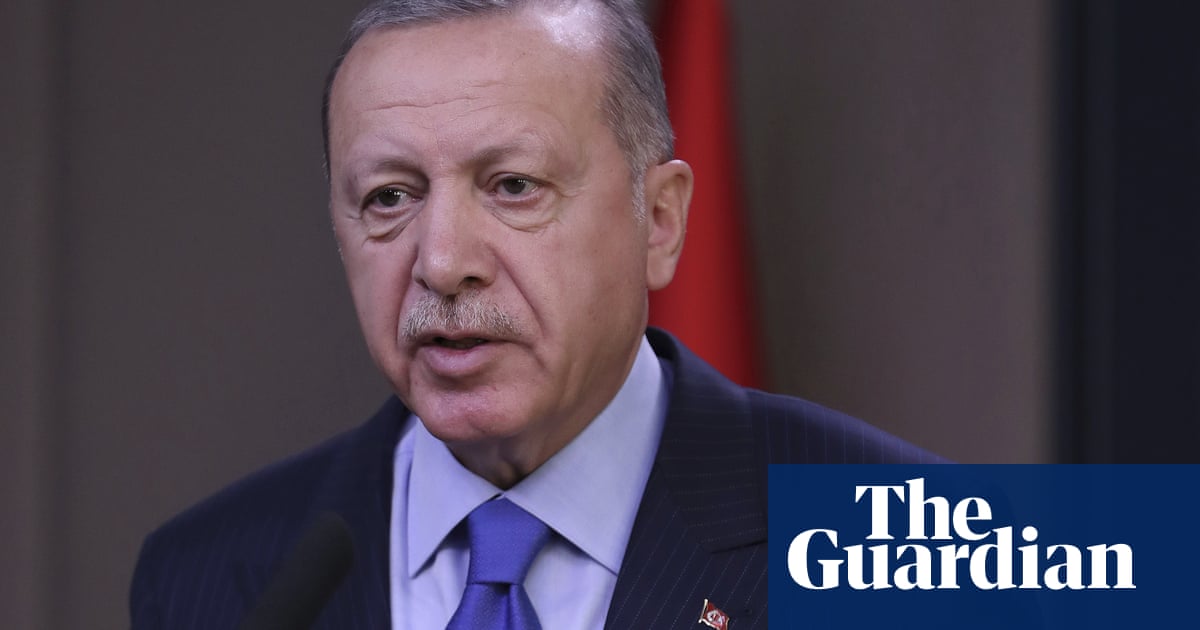 The Turkish president, Recep Tayyip Erdoan, has issued a thinly veiled threat that Turkey could release jailed Islamic State fighters and send them to Europe, a day after the country began its controversial policy of deporting foreign jihadists in its custody.

You should revise your stance towards Turkey, which at the moment holds so many Isis members in prison and at the same time controls those in Syria, Erdoan told European countries in remarks to reporters in Ankara on Tuesday.

These gates will open and these Isis members who have started to be sent to you will continue to be sent. Then you can take care of your own problem.

The Turkish leaders remarks come in the wake of a fresh push to repatriate some of the 1,200 foreign Isis fighters in Turkish detention centres and 287 captured recently in Syria, including those who have been stripped of western citizenship in an attempt to prevent them returning home.

The interior ministry spokesperson smail atakl said on Monday one US citizen had already been repatriated and seven German nationals would be flown home on 14 November. Preparations to deport two Irish citizens, as well as French and Danish nationals, were also under way, he said.

Turkey has not given total numbers and nationalities of those it is planning to send home, or details on how such a policy will work, particularly regarding stateless individuals. Many countries request passenger lists for both military and commercial flights before a plane is allowed to enter their airspace.

Turkish news reports said on Monday that a US citizen who had been deported by Turkey was stuck in a heavily militarised no mans land between Greece and Turkey, after Greece had refused to take him in.