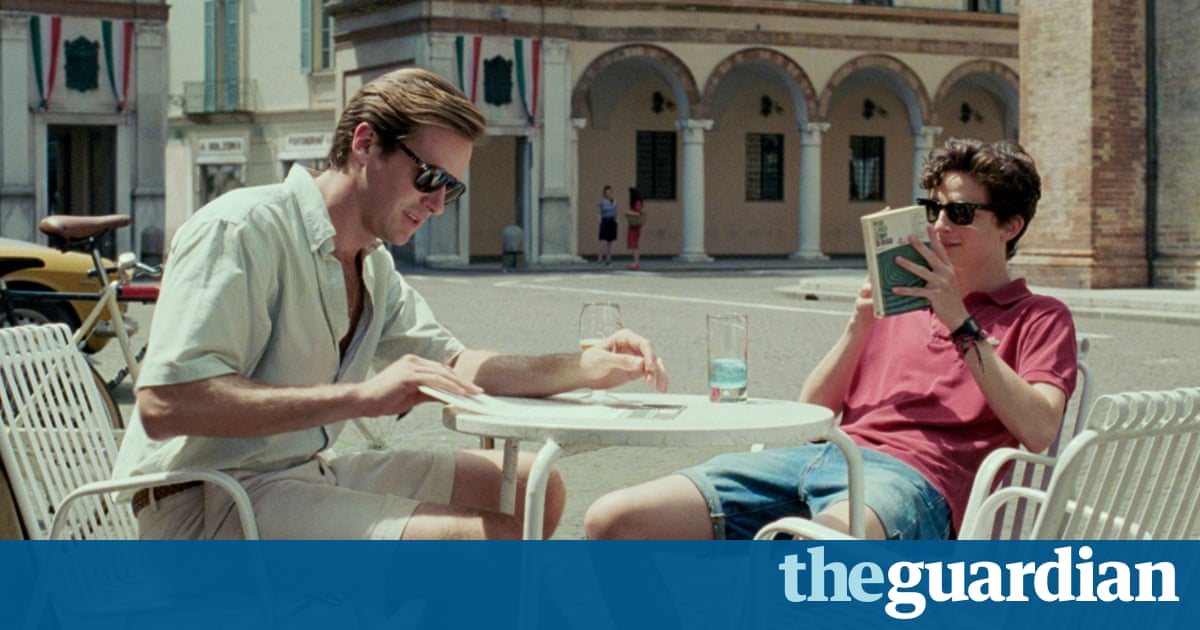 This priority is often overlooked, but pure sensual pleasure is an important part of cinema. So its a thrill to see a really outstanding film which provides it, as well as being itself about sensual pleasure about the desire that precedes it, about an ecstatic submission to love, about the intelligent cultivation of all these things. It is a story of a passionate affair between an older and younger man and reaches out to anyone with a pulse.

James Ivory has adapted Andr Acimans novel and it is directed by Luca Guadagnino. This film constitutes a distinct advance from his previous (excellent) film, A Bigger Splash, which in turn developed the promise of the one before that, I Am Love.

The setting is the early 1980s and Armie Hammer plays Oliver, a handsome, brilliant young scholar who has been invited to the Italian lakeside villa of a distinguished professor of antiquities, Mr Perlman, played by Michael Stuhlbarg, to assist him in his research. It is not, in fact, an onerous task, more a privilege for a favoured grad student. An idyllic, leisured summer is in prospect, with a little cataloguing and venturing out with Perlman to view those classical statues that have been recovered from the lake.

But all thats really required is good conversation and companionship. Oliver doesnt have to do much more than hang out with Perlmans charming family, neighbours and friends; swimming, bicycling, lunching, dining, dancing, drinking, sunbathing in various states of alluring undress. The local women admire the beautiful Oliver and so does Perlmans delicate, moody, highly strung son Elio, played by Timothe Chalamet. There are some heterosexual encounters for them, but these are each just prototypical foreplay for the main event: the hookup between Elio and Oliver.

Since this film has come out, a lot has been made critically of Elio and Olivers scene with the peach, and that is a sensationally erotic and candid moment, with hints of TS Eliots Prufrock, or even Philip Roths Portnoys Complaint. But it isnt why I value the movie, whose moments of passion and yearning are more diffuse, less showy, though no less explicit. Oliver and Elios love is exciting and sexy and moving because of the sophistication and emotional intelligence with which it is framed: a physical liaison in which a great deal is a stake, but intriguingly, homophobia as such does not seem to be the major issue or crucial plot point that it would be in almost any other drama. Oliver says that his father would be disgusted, but Elios father very much is not, and his understanding and moral wisdom is part of what makes this film such a thing of wonder, particularly in his final speech to Elio, reproduced closely from Acimans original book. Intriguingly, Guadagnino has now announced his Linklateresque intention to develop a sequel, based on later parts of the novel, which this film does not touch on.

Call Me By Your Name reminded me of the extravagant passion of early Alan Hollinghurst novels like The Folding Star or The Spell, and I can easily imagine Guadagnino bringing those to the screen. Hammer himself gives an excellent performance: sensitive and authoritative, though perhaps he is rather obviously older than his characters age, and so the difference in age and worldly knowledge is greater than is theoretically intended in the drama. Stuhlbarg is always such a great performer a leading player in the Coens A Serious Man but often confined to supporting roles. Yet rarely are they are wonderfully written as this. And Chalamet is piercingly honest as Elio. It is the kind of performance that isnt just down to actorly technique but openness and emotional purity. Its an unmissable film.

This article contains affiliate links to products. Our journalism is independent and is never written to promote these products although we may earn a small commission if a reader makes a purchase.