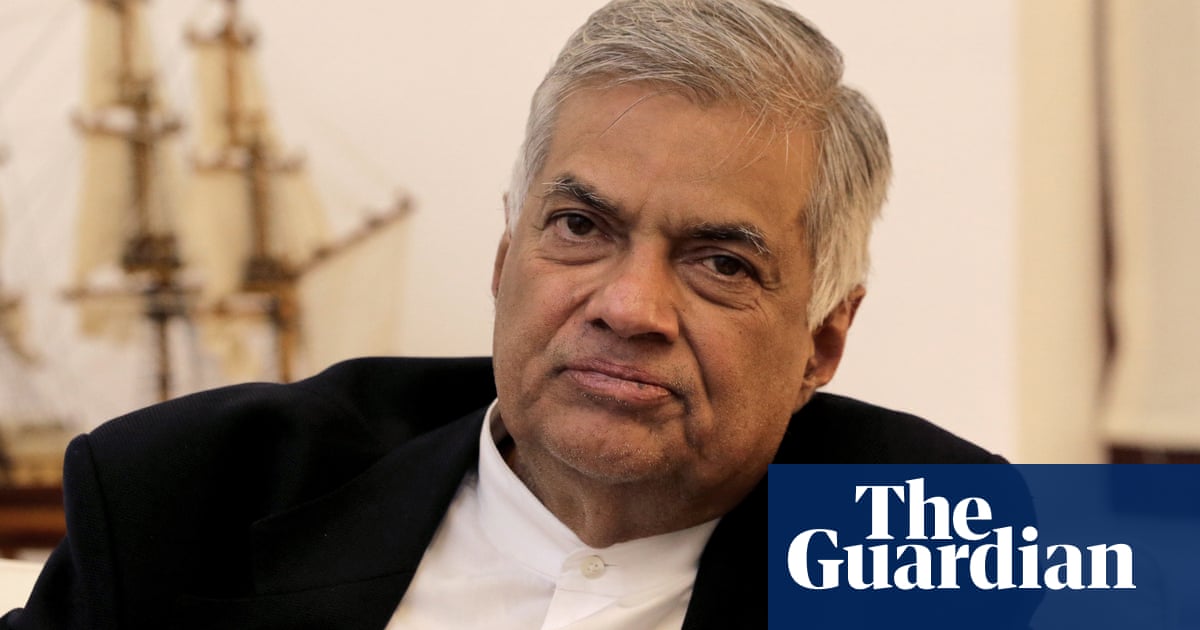 Sri Lankas prime minister has said authorities are investigating the possibility that the terrorist cell responsible for the Easter Sunday attacks may have expected a second wave of people to come forward to become suicide bombers, as more violence hit the country amid the police hunt for suspects.

Ranil Wickremesinghe told the Guardian that investigators were trying to understand why Islamic State-linked terrorist cell that killed at least 253 people had such a large quantity of explosives they were yet to use, some of which had been dumped in safe houses across the country.

Were they keeping [the explosives] for numbers to build up? Maybe this [the Easter Sunday attacks] would spark off other people joining the cause. There would have been people to give them explosives, Wickremesinghe said on Friday evening at his prime ministerial residence in Colombo.

It also possible that they had planned to target more sites on Sunday but were prevented from doing so when police started to secure the city, he said.

As Wickremesinghe was speaking, Sri Lankan police in the east of the country raided what they said was the location where the Islamist radicals had made a video pledging allegiance to the leader of Isis before carrying out their deadly string of bombings.

Police said they found an Isis flag and uniforms similar to those worn by the eight fighters in the film before they launched the attacks at three luxury hotels and three churches. We have found the backdrop the group used to record their video, the police said in a statement.

The clothing and the flag were shown on national television, along with 150 sticks of dynamite and about 100,000 ball bearings also seized from the house.

At other raids in the town of Sammanthurai, 220 miles east of Colombo, officers came under fire late on Friday evening and there were also reports of minor explosions. No casualties have been reported so far.

Wickremesinghe confirmed that one of Sundays bombers, the British-educated Abdul Lathief Jameel Mohamed, had failed to detonate his explosives in the Taj Samudra hotel as he had planned. He retreated to a guesthouse where he had been staying and accidentally killed himself and two others while he was trying to repair the device. He was trying to fix it and the whole thing exploded, Wickremesinghe said.

Mohameds family had told authorities that they believed he had become radicalised while studying in Australia. Thats where he seemed to be influenced, he said. Thats how the family feel. We know there is some militancy going on in Australia among the Muslims. Australia has been out there fighting [in the war on terror].

He said investigators had identified about 140 supporters and sympathisers of the bombers, about half of who had been arrested. A few of them are still on the move, he said. Those are capable of exploding themselves.

Yet they had not done so, he added, leading investigators to believe that other people willing to sacrifice themselves may be being sought. There seems to have been a bigger plan to have used explosives, Wickremesinghe said. So the question is, who were they going to bring in later?

He said Sri Lankan intelligence had been tracking at least 32 citizens who were known to have travelled to Syria and returned to the island, but that the countrys terrorism legislation was modelled on the UKs 1974 Prevention of Terrorism Act, which was primarily focused on internal insurgencies like the IRA or the Tamil Tigers.

Under the act, we can only act against those who are involved in terrorist activity against Sri Lanka, even if theyve been abroad, he said. Thats the only extra territorial jurisdiction that we have.

The UK has since updated its laws to allow the arrest of foreign fighters but Sri Lankas equivalent reform was still being debated in the committees of the countrys parliament, he said.

Sri Lankas top police officer, Pujith Jayasundara, resigned his post on Friday, a day after the countrys secretary of defence, Hemasiri Fernando, also quit. Both have been singled out for failing to pass on crucial intelligence warning that Islamist radicals were planning suicide attacks on popular churches.

Wickremesinghe said the paralysis in the system that prevented the intelligence from being taken seriously would be investigated, but the first priority was the immediate danger the country still faced. First focus on getting this under control and then we can spend all our time investigating, but first get this under control, he said.