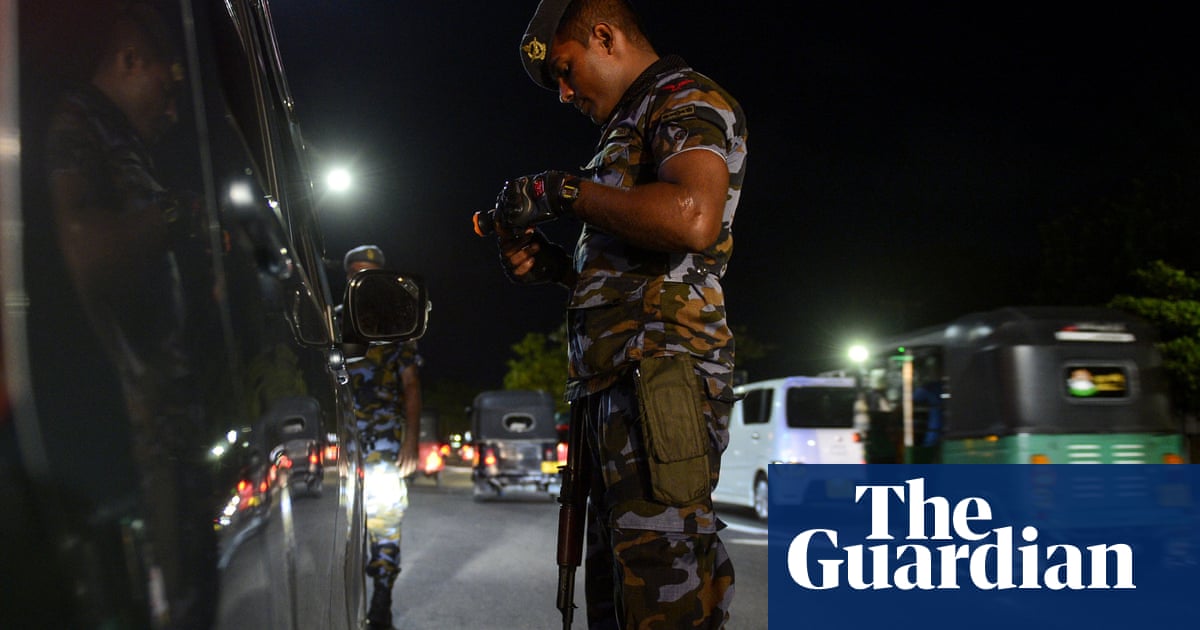 Sri Lanka has imposed a country-wide curfew after successive days of mob attacks on mosques and Muslim-owned shops in three districts.

Facebook and WhatsApp have also been banned as the government seeks to quell unrest in the aftermath of the Easter Sunday bombings at churches and luxury hotels last month, which killed more than 250 people.

Curfews have been in place in the districts in the countrys north-west since Sunday when a group of men smashed up Muslim-owned shops and a mosque in a dispute with a shopkeeper. They were extended across the country on Monday after more riots.

The curfew in the three districts will be lifted at 6am (0130 BST) on Tuesday while in the rest of the country, a curfew will be imposed from 9pm till 4am, police said in a statement.

They said there were sporadic incidents involving mobs throwing stones and torching motorcycles and cars owned by Muslims. In the town of Hettipola at least three shops were torched. In at least six other towns police and the army used teargas to disperse rioters.

Several shops have been attacked, a senior police officer told Agence France-Presse. When mobs tried to attack mosques, we fired in the air and used teargas to disperse them. There is a strong political element to the riots today. There are people trying to make political capital out of this situation.

There were no immediate reports of casualties or arrests. Church leaders, including the archbishop of Colombo, Malcolm Ranjith, have called for restraint from the minority community of about 1.5 million Christians. Muslim refugees were targeted in incidents in the week aftermath the attacks, and the tension is now being felt by the wider Muslim community.

The speaker of parliament, Karu Jayasuriya, said Sri Lankas future would be decided by the way people behave in the next few days .

The prime minister, Ranil Wickremesinghe, urged the public not to believe rumours and warned that civil unrest would stretch the already thinly deployed security forces.

Authorities blamed social media for the violence on Sunday in several towns in the region including the coastal town of Chilaw in Puttalam district. A mob targeted Muslim-owned shops after taking a Facebook post by a shopkeeper to be a threat.

Dont laugh more, 1 day u will cry, the shopkeeper wrote. His shop was smashed and people vandalised a nearby mosque prompting security forces to fire in the air to disperse the crowd, but the violence spread.

The latest unrest came as Catholic churches resumed public Sunday masses for the first time since the bombings.

Dozens of people have been detained since the Easter Sunday attacks. Amid the heightened security, students are only allowed into schools after explosives checks have been completed.

Public schools completed their reopening after extended Easter holidays, but attendance was extremely low, according to education authorities. Private Catholic schools were to open on Tuesday, but many planned to stay closed until next week, parent groups said.