Former Chelsea, Real Madrid and Manchester United manager to take over at Spurs from Mauricio Pochettino 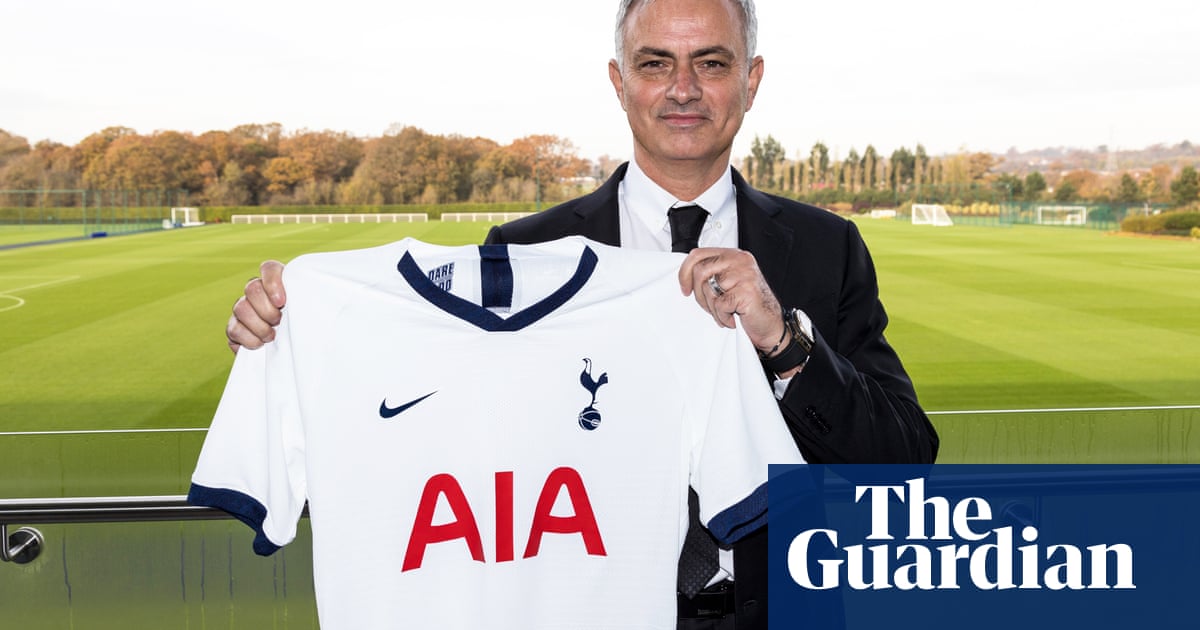 Tottenham Hotspur have acted swiftly to appoint Jos Mourinho as their new manager on a contract that will run until the end of the 2022-23 season following Mauricio Pochettinos sacking on Tuesday.

Less than 12 hours after Pochettino was relieved of his duties by chairman Daniel Levy, Spurs confirmed that Mourinho will take charge of his third Premier League club after two spells at Chelsea and one at Manchester United. That ended with him being sacked by United in December last year, with the 56-year-old having since worked as a television pundit.

Yet even with Mourinho having made no secret of his desire to return to England despite being linked with a second spell at Real Madrid, his appointment still comes as something of a surprise. But Levy admitted that the Portugueses vast experience as a manager which includes winning three Premier League titles for Chelsea and two Champions Leagues, with Porto and Internazionale, had been a major factor in the decision.

In Jos we have one of the most successful managers in football, said Levy. He has a wealth of experience, can inspire teams and is a great tactician. He has won honours at every club he has coached. We believe he will bring energy and belief to the dressing room.

Mourinho was spending Wednesday afternoon meeting his new squad at their north London training base and putting them through their paces for the first time in preparation for his first game at West Ham on Saturday. I am excited to be joining a club with such a great heritage and such passionate supporters, he said. The quality in both the squad and the academy excites me. Working with these players is what has attracted me.

He has moved quickly to appoint his backroom staff, with Joo Sacramento and Nuno Santos joining from Lille. Sacramento will be the assistant manager, while Santos becomes the new goalkeeping coach. Carlos Lalin who worked with Mourinho at United and Real Madrid has been confirmed as fitness coach while Ricardo Formosinho and Giovanni Cerra will take up roles as analysts.

Mourinho has won 25 senior trophies, including a domestic title in a record four different countries. That is in stark contrast to Pochettino, who has yet to win a trophy in his managerial career despite overseeing Tottenhams transformation into a side which has qualified for the Champions League for the last four seasons.

But despite reaching the final for the first time in the clubs history in June when Tottenham were defeated by Liverpool, domestic results have been disappointing for most of 2019 with Spurs having picked up only 25 from 24 games since February, with the club 14th in the Premier League after 12 matches.

Captain Harry Kane was among the Spurs players to express his best wishes to the departing Pochettino on Wednesday. Gaffer. Ill be forever thankful to you for helping me achieve my dreams, he wrote on Twitter. Weve had some amazing moments in the last 5 and a half years that I will never forget. You were my manager but my friend as well and I thank you for that relationship. Good luck with your next chapter!

I cant thank this man enough, added Dele Alli. Hes taught me so much and Im so grateful for everything hes done for me. Good luck and hope to see you again my friend.

Jess Prez, Pochettinos longtime assistant who has also left the club along with several other backroom staff, paid tribute to the clubs supporters. #COYS. Thank you from our heart to our players , staff, and special thanks to you all , lovely Spurs Fans, he wrote.

Max Allegri, the former Juventus manager, and the Bournemouth manager, Eddie Howe, had also been linked with the Spurs job. Mourinho has turned down a number of opportunities to coach abroad, including with clubs in China, Spain and Portugal, since his Old Trafford exit.

On 4 December Mourinho will return to Old Trafford, where he was sacked as Manchester United manager on 18 December last year. Spurs also face Bayern Munich away and Chelsea at home in December before facing league leaders Liverpool at the Tottenham Hotspur Stadium on 11 January.