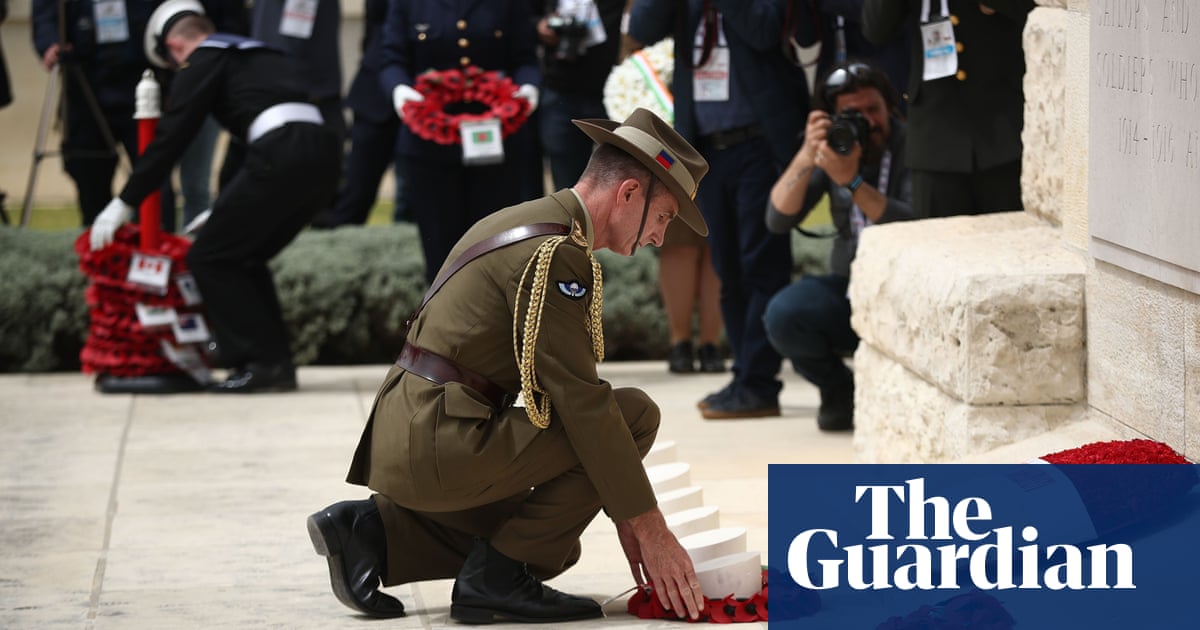 Turkish authorities have arrested a suspected Islamic State member they believe was planning to attack a first world war commemoration at Gallipoli attended by hundreds of Australians and New Zealanders.

The suspect, a Syrian national, was arrested after a police operation in Osmaniye and was among several Isis members detained.

Turkish police allege the suspect, named in the charge sheet as 25-year-old Abdul Karim Helif, was planning the attack as retaliation for the mass shooting in March at mosques in Christchurch, New Zealand.

Two sim cards, one in a Samsung phone, are central to the case against him.

Police assessed the threat to be serious but gave no details about the nature of the proposed attack.

Australians and New Zealanders travel to Turkey each year for memorial services commemorating the failed 1915 military campaign by Anzac (Australian and New Zealand Army Corps) and allied forces to drive Ottoman troops from Gallipoli and the Dardanelles region.

Soldiers from New Zealand, Australia, Turkey and other countries held services on the peninsula on Wednesday. At dawn on Thursday Australians and New Zealanders were due to hold a special dawn service marking the landings.

The commemorations come a month after the Turkish president, Recep Tayyip Erdoan, faced criticism from Australia and New Zealand for comments he made after the Christchurch shooting that invoked Gallipoli.

Turkey has said Isis was responsible for bombings in 2015 and 2016 in which 200 people died. Although the militant group has not been active recently in the country, authorities still carry out routine operations against suspected Isis members.

We work closely with the local Turkish authorities on security arrangements, he told ABC Radio National on Thursday.

Obviously the tragic events in Christchurch had nothing to do with the events of 1915 on the peninsula and theres a great deal of respect between the Turkish people and Australian and New Zealanders.

The Turkish authorities went to extraordinary lengths to see that the Gallipoli peninsula was secure for the Anzac Day services that are being held there.

Turkish nationals were banned from attending the dawn service, which Australias chief of the defence force, General Angus Campbell, is due to attend, amid heightened security fears.

Unfortunately we live in a world where there are people wherever they live, whatever their background, whatever their beliefs who are fundamentalists intent on disrupting what we do, Nelson said.

The most important thing we can do is go about living our lives.

Reuters contributed to this report