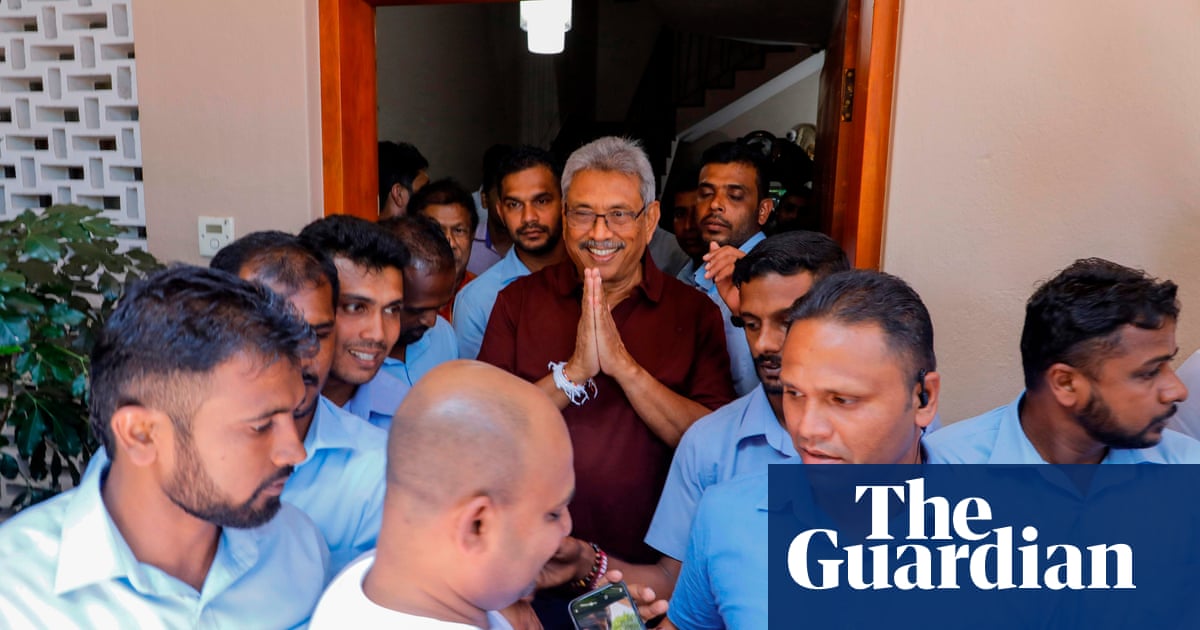 Sri Lankas former wartime defence chief Gotabaya Rajapaksa, part of the countrys most powerful political dynasty, has been elected president, raising fears about the future of human rights and religious harmony in the region.

Rajapaksa, the candidate for the SLPP, the Sinhalese-Buddhist nationalist party, claimed an easy victory in the election held on Saturday, which took place against a backdrop of some of the worst political instability and violence the country has seen since the end of the civil war a decade ago.

Before even half of the votes were in, the Rajapaksa camp were claiming victory. The candidate for the ruling UNP party, Sajith Premadasa, quickly accepted defeat and congratulated his rival. According to the election commission final count Rajapaksa took 52.25% of the vote, while Premadasa got 41.99%. Rajapaksa will be sworn into office on Monday.

I am grateful for the opportunity to be the President, not only of those who voted for me, but as the President of all Sri Lankans, Rajapaksa said in a conciliatory tweet. The trust you have invested in me is deeply moving and being your president will be the greatest honour of my life.

The results were divided down ethnic lines, with the majority Sinhala Buddhist community voting overwhelmingly for Rajapaksa while minority Muslims and Tamils favoured Premadasa.

The election of Rajapaksa could be a decisive moment for Sri Lanka. Referred to as the terminator by his own family, Rajapaksa is known for his nationalistic and authoritarian leanings and is still facing allegations of corruption and torture.

It is all our worst fears realised, said Hilmy Ahmed, the vice-president of the Sri Lanka Muslim Council. Sri Lanka is totally polarised by this result and we can see through the votes there is now a clear divide between the Sinhala Buddhist majority and the minorities. It is a huge challenge to see how the country could be united.

Rajapaksa, a former army colonel who served as secretary of defence when his brother Mahinda Rajapaksa was president between 2005 and 2010, played on fears stoked by the attacks and put security at the forefront of his campaign agenda.

He and Mahinda Rajapaksa are credited with ending the 26-year Sri Lankan civil war, which took more than 100,000 lives, but their legacy is tarnished by grave human rights abuses and oppression.

As de facto head of the army during the end of the civil war between the majority Sinhala-Buddhist government and minority Tamil separatists, Gotabaya Rajapaksa has been accused of creating military death squads who hunted down Tamil fighters and any critics of the government.

He has already said he would repeal Sri Lankas commitment to a UN human rights agenda for reconciliation and accountability for atrocities committed in the civil war, describing it as illegal.

Basil Rajapaksa, another of the Rajapaksa brothers, who was the chief strategist of the election campaign, pledged that Gotabayas presidency would be a departure from the oppression under Mahinda and they would respect media freedom and civic organisations.

Under Mahinda Rajapaksa, all dissent was crushed and journalists and campaigners were routinely attacked. The police and the judiciary were also under the control of the Rajapaksa family.

Minorities in Sri Lanka were alarmed at the divisive Sinhala-Buddhist nationalist agenda that the Rajapaksa campaign was seen as promoting.

The Muslim community in particular, having faced violence and boycotts since the Easter Sunday attacks, had expressed concern about the prospect of Rajapaksas election. He had the backing of the nationalist Buddhist groups responsible for stoking anti-Muslim sentiment and violence in recent years.

The election had a turnout of over 80%, one of the largest in Sri Lankas recent history. It was also relatively peaceful, although there were incidents including a shooting attack on buses carrying Muslim voters in the north-east, which were stopped by a roadblock and fired upon. There were no casualties.

The campaign confirmed that it intended to put Mahinda forward for prime minister in the general election next year, paving the way for the family to take a double hold on power.