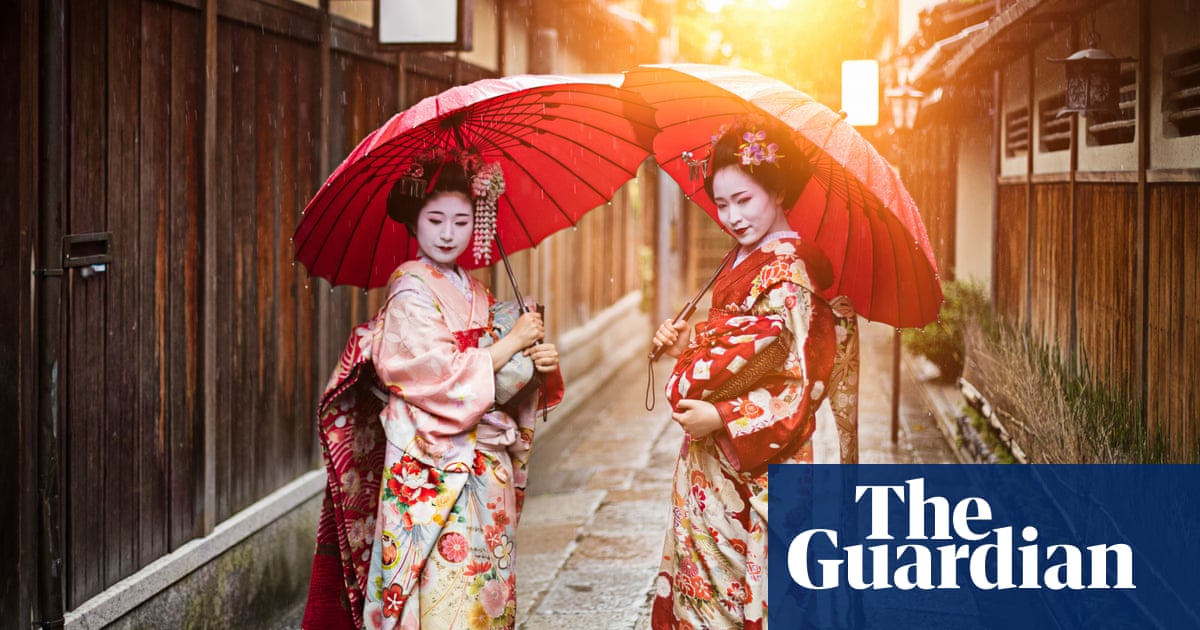 Authorities in Kyoto have banned photography in parts of the citys main geisha neighbourhood, amid a flurry of complaints about harassment and bad behaviour by foreign tourists in the quest for the perfect selfie.

The ban, introduced recently on private roads in the citys Gion district, includes a fine of up to 10,000 yen (70), as Kyoto and other sightseeing spots in Japan grapple with the downside of a boom in visitors that is expected to last long after next summers Tokyo Olympics.

Tourism pollution is a growing problem in Kyoto, where tourists flock to ancient shrines and temples and, in Gion, catch sight of the female entertainers known locally as geiko and maiko apprentices dressed in elaborate kimono on their way to evening appointments.

In response to complaints by residents and businesses, the local ward has put up signs near narrow streets leading off Hanamikoji, a public main road, warning visitors not to take snapshots.

The neighbourhood is home to exclusive restaurants where geiko and maiko entertain customers on tatami-mat floors and over multiple course kaiseki dinners.

In a survey of 300 restaurants and shops in the area, complaints ranged from littering and smoking while walking, to blocking traffic and trespassing. Some said they had witnessed groups of tourists surroundings taxis carrying geiko and chasing the women along the street in an attempt to take photographs.

The ban and fine are not legally binding, but local businesses hope the measure will convince some visitors to have more respect for the neighbourhood and its most colourful residents.

Hanamikoji street is a city road, so we cant prohibit photography there, Isokazu Ota, a restaurateur and local council leader, told the Asahi Shimbun. But by prohibiting it in private areas, we would like tourists to know that taking pictures in such areas goes against the local rules.

The council is also handing out bookmarks and stickers carrying reminders in English and Chinese about proper behaviour.

Existing signs reminding visitors about etiquette appear to have had little effect on tourist behaviour. Residents say the explosion in the number of visitors to Kyoto has led to overcrowded buses, fully booked restaurants and a general din that spoils the citys miyabi the refined atmosphere that draws people to the city in the first place.

In a pilot project that will run through early December, tourists are being asked to mind their manners via a smartphone app that delivers a message in Chinese and English as soon as they come within 1km of Gion. It requests that they avoid taking photos of geiko and maiko without permission and touching private property.

A record 31 million people visited Japan last year up almost 9% from the previous year helped by a weaker yen, an easing of visa requirements and the increasing availability of cheap flights. The government has set a target of 40 million overseas visitors by next year, rising to 60 million by 2030.