Brexit meaningful vote will go ahead, Theresa May says 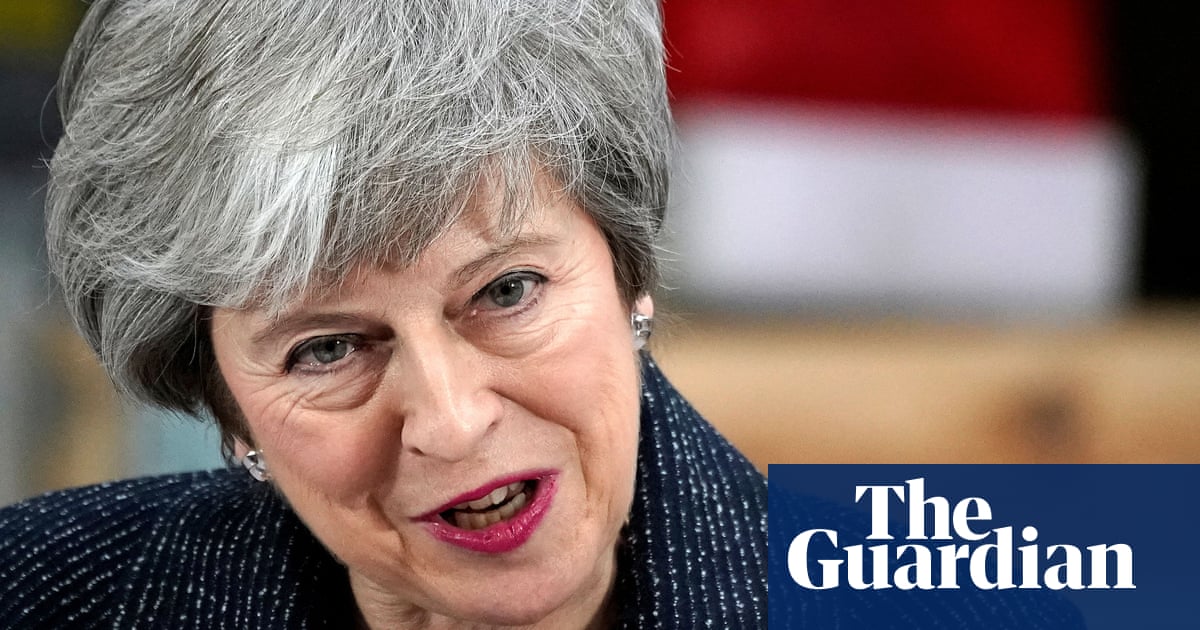 Theresa May has said the meaningful vote on her Brexit deal will go ahead on Tuesday, as MPs warned she would lose the confidence of parliament if it was pulled.

The Irish foreign minister, Simon Coveney, said he understood May would travel to Strasbourg on Monday evening but Downing Street sources declined to confirm that, saying May had no confirmed travel plans yet and suggesting the Irish government was getting ahead of events.

Coveney said negotiations were ongoing and said he had hoped there would be clarity at this stage, particularly in advance of the vote on Tuesday.

The British prime minister is travelling to Strasbourg this evening, I understand, to try to finalise an agreement, if that is possible, to be able to put that to a meaningful vote in Westminster tomorrow, he said.

The prime ministers official spokesman said May was still committed to allowing parliament to vote on her Brexit deal, followed by two votes on ruling out no deal and extending article 50.

May spoke to the European commission president, Jean-Claude Juncker, on Monday morning. Downing Street is due to publish papers showing any EU concessions it has managed to achieve but these are likely to fall short of what is demanded by Eurosceptics, who want a legally binding guarantee that the Irish backstop will not endure indefinitely.

Talks with Brussels are deadlocked, suggesting the attorney general, Geoffrey Cox, will struggle to change his legal advice that says the backstop could keep the UK in an indefinite customs union.

Ahead of the government statement, the Brexit secretary, Stephen Barclay, will answer an urgent question from the Labour leader, Jeremy Corbyn, on the progress of the negotiations.

Amid signs Mays deal is heading for a heavy defeat, the prime minister has come under pressure from Eurosceptics to pull the meaningful vote and pass a motion showing Brussels that parliament would approve a deal with a time limit on the backstop.

However, Nick Boles, a leading Conservative MP, said calling off the vote would not satisfy parliament. I am sure that the prime minister will honour these three commitments. If she doesnt she will forfeit the confidence of the House of Commons, he said.

He also retweeted a statement that Tory MPs would consider May to be toast if she tried to pull the votes.

However, May could also face a Eurosceptic bid to oust her if her deal fails and parliament forces her to rule out no deal and seek an extension to article 50.

Asked whether she would resign, the prime ministers spokesman said there was nothing to suggest that outcome.

Labours Yvette Cooper had said she and Conservative MPs would attempt to force votes on an extension of article 50 on Thursday should the prime minister pull the votes, saying it would be a straight-up lie to parliament if May changed her plans.

In a speech setting out the next steps should parliament vote for an extension, Cooper said May must come forward with a process for how the extension should work.

The former shadow home secretary, who has been one of the key players in parliamentary moves to avoid no deal, said May should offer a series of indicative votes on the future relationship with Europe and a consultative process with business and trade unions, as well as a possible citizens assembly.

If the prime minister continued to equivocate around changes to the backstop, Cooper said, she and others would attempt to force a new process.

If she comes forward with a process on Thursday, then that would be a way forward but if she doesnt, that is when we will be looking at possible amendments or other approaches to make sure you can get indicative votes, Cooper said in her speech at the Centre for European Reform.

Cooper said it was the time to pivot, not to dig in and said the risk of an extension was that May would do more of the same, running round in circles on the backstop and running down the clock.

We have to use an extension and work out what kind of Brexit people want to see, Cooper said. We are going to have to start facing these choices this summer anyway. Lets decide before we finish article 50 rather than after. The PM should use A50 to be bold and offer a series of indicative votes, then publish the governments draft mandate for the future so that can be amended by parliament.

However, those trying to use parliament to avoid no deal and force an extension to article 50 are running up against the clock to pass legislation, as the UK will default to leaving without a deal in the absence of any alternative on 29 March.